How can we help you today?

In this post we will go in depth on setting up the DAH-280's CAN-Bus from the Smart Dash iOS App.

On the main screen of the app select menu button: 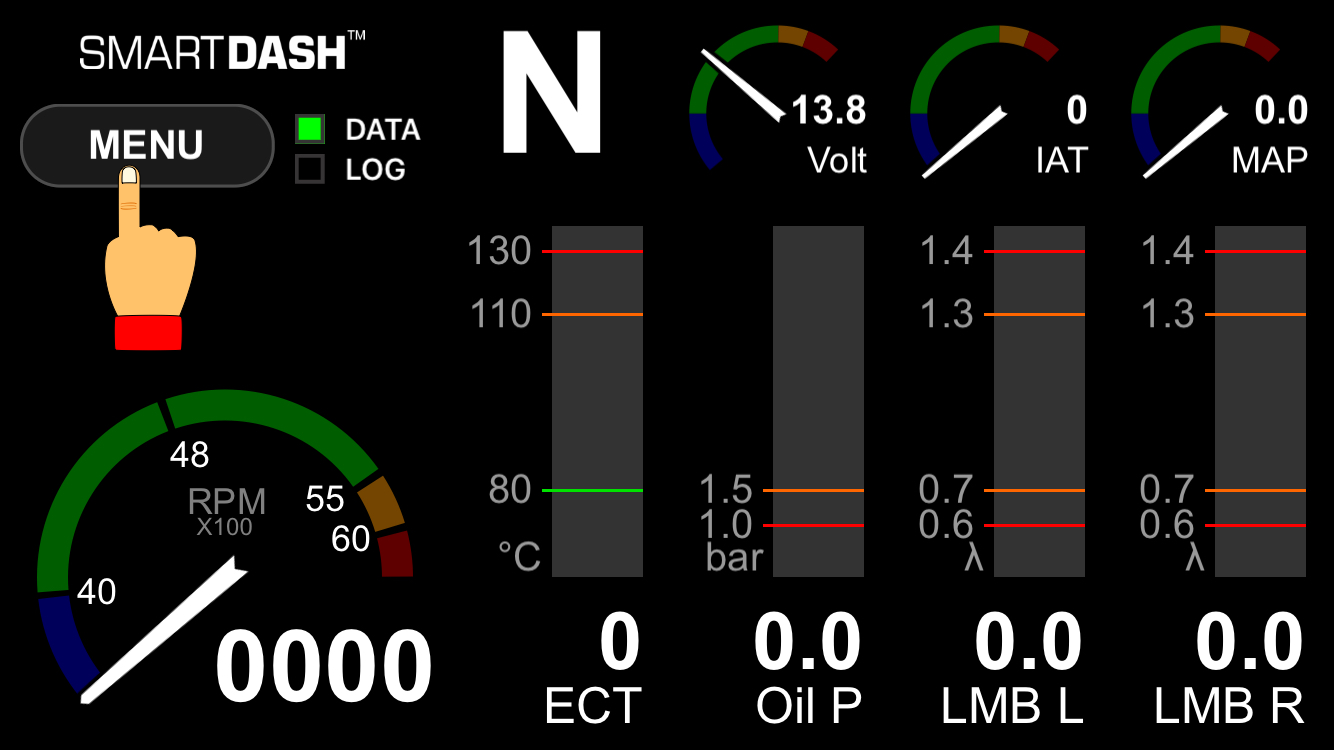 Then select the setup option: 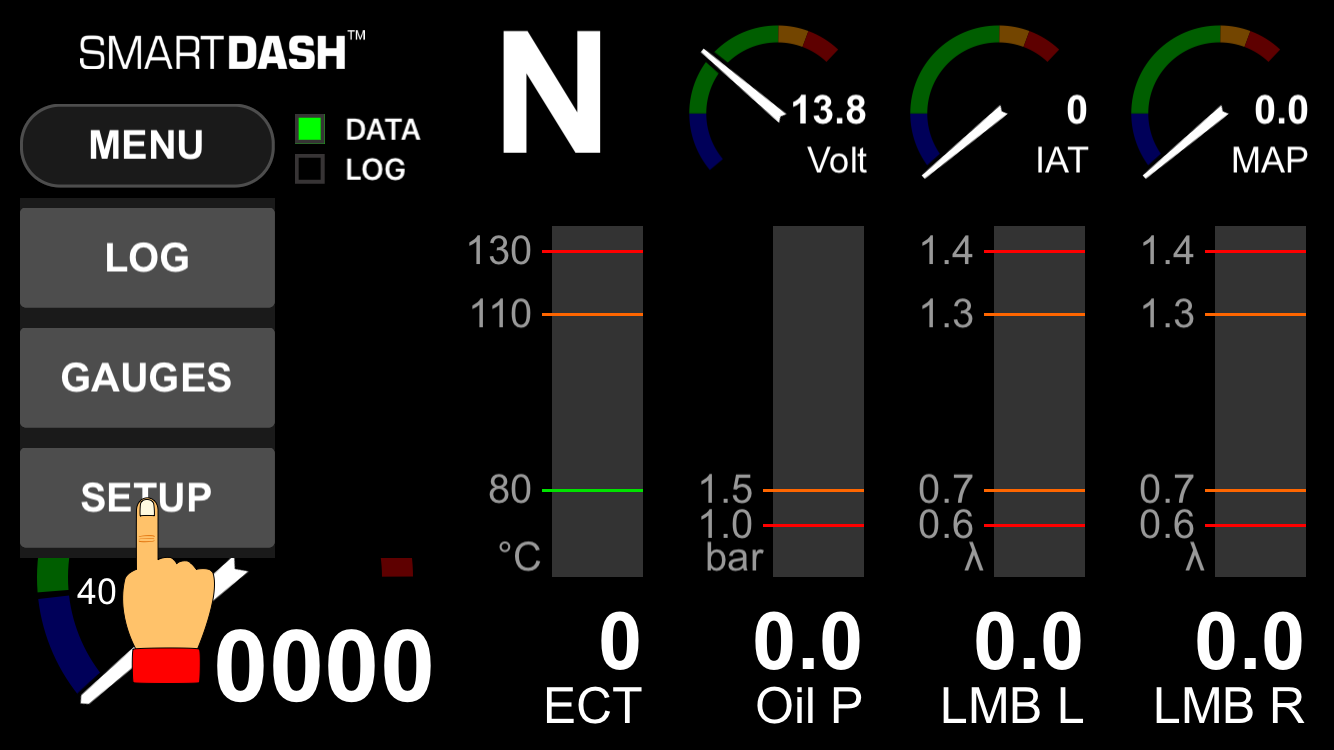 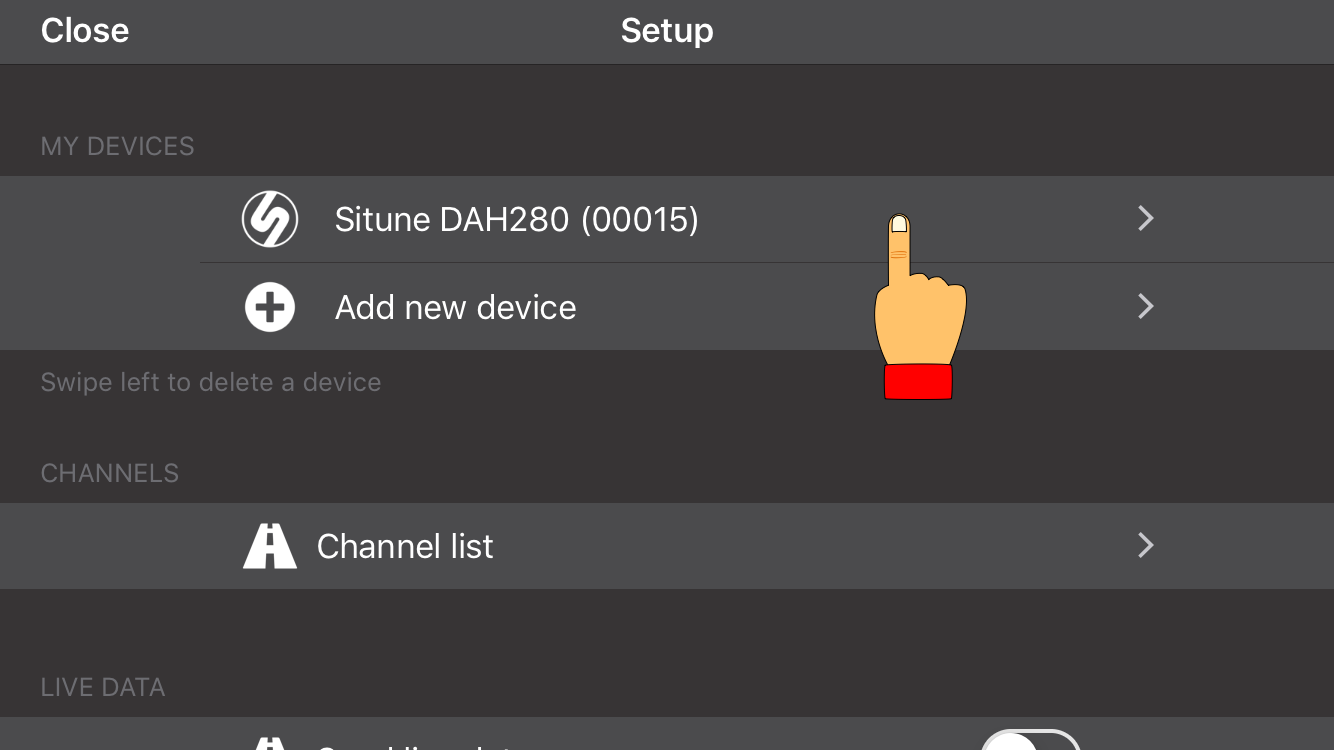 The DAH-280 settings menu will then be shown, the CAN-Bus #1 is the options at the top 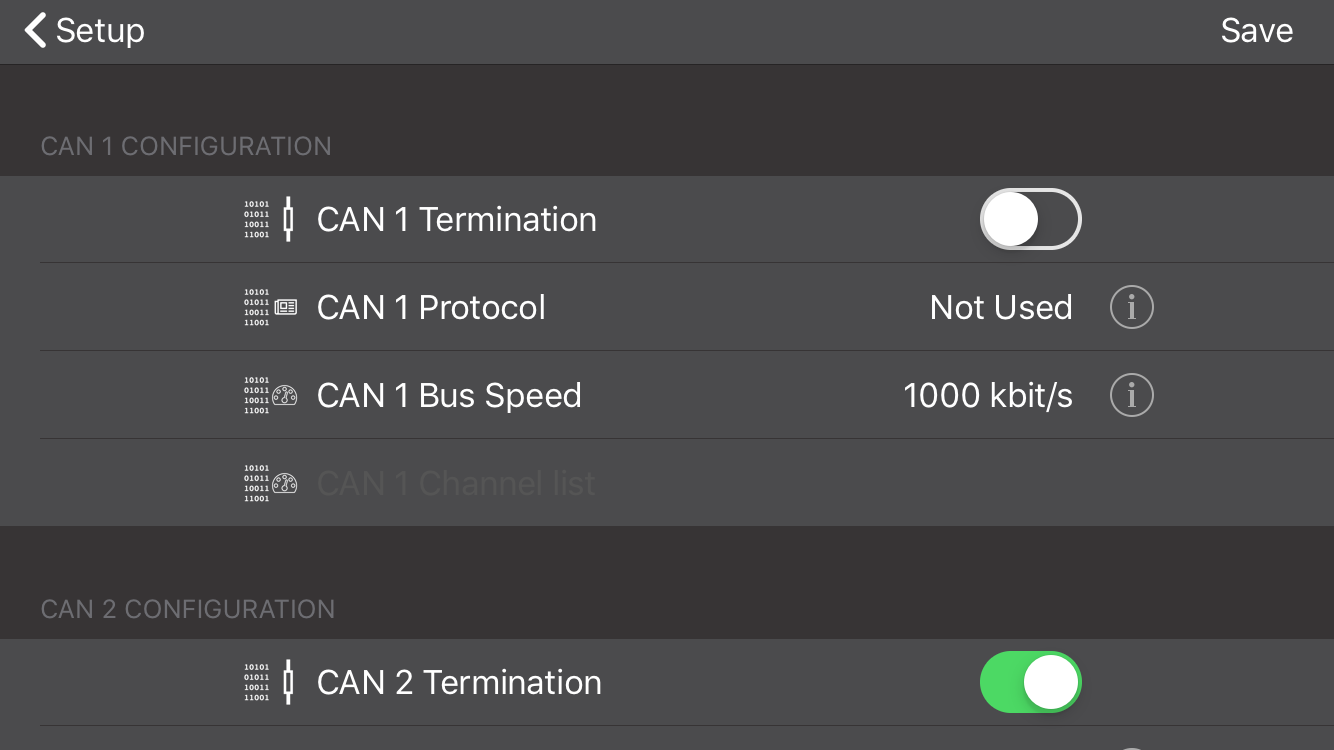 The first thing one needs to setup is whether or not the electronic termination should be on or off, touch the button to turn on or off termination: 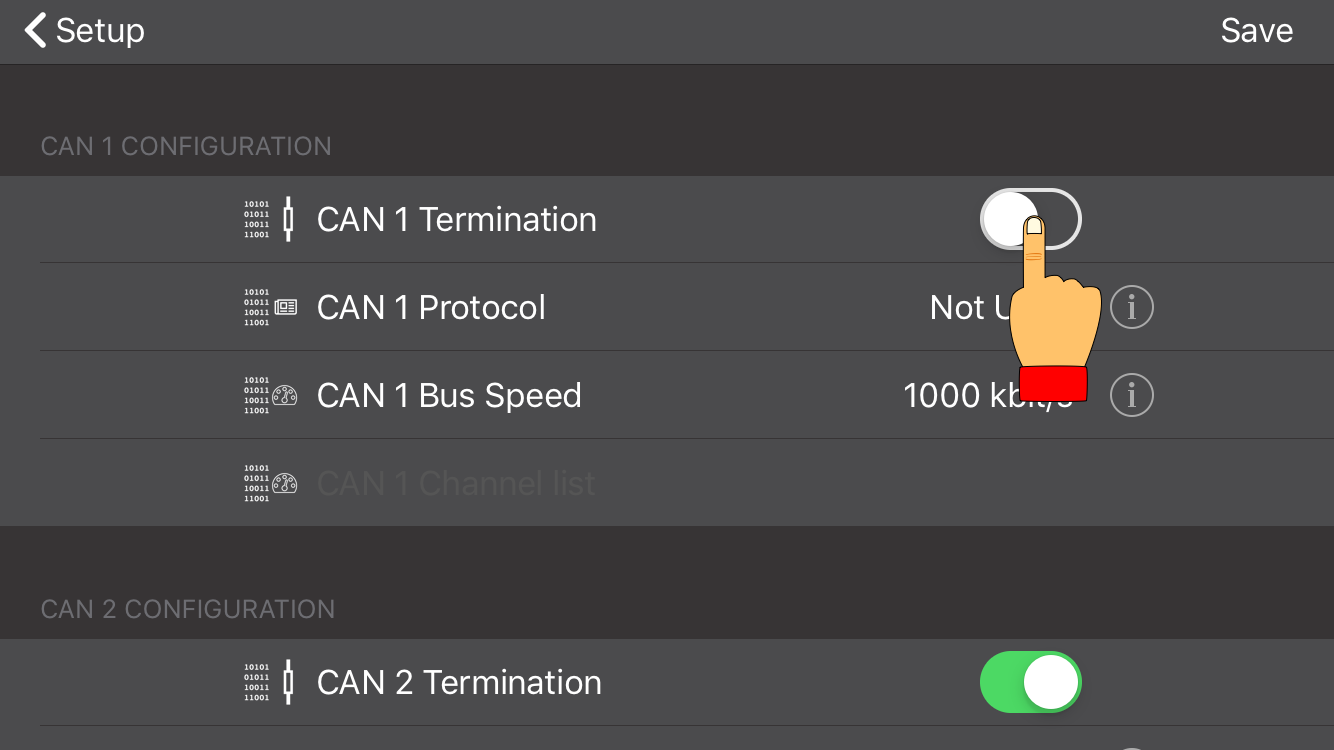 The next thing we need to configure is the protocol which the ECU communicates. This is selected by touching the CAN1 Protocol option: 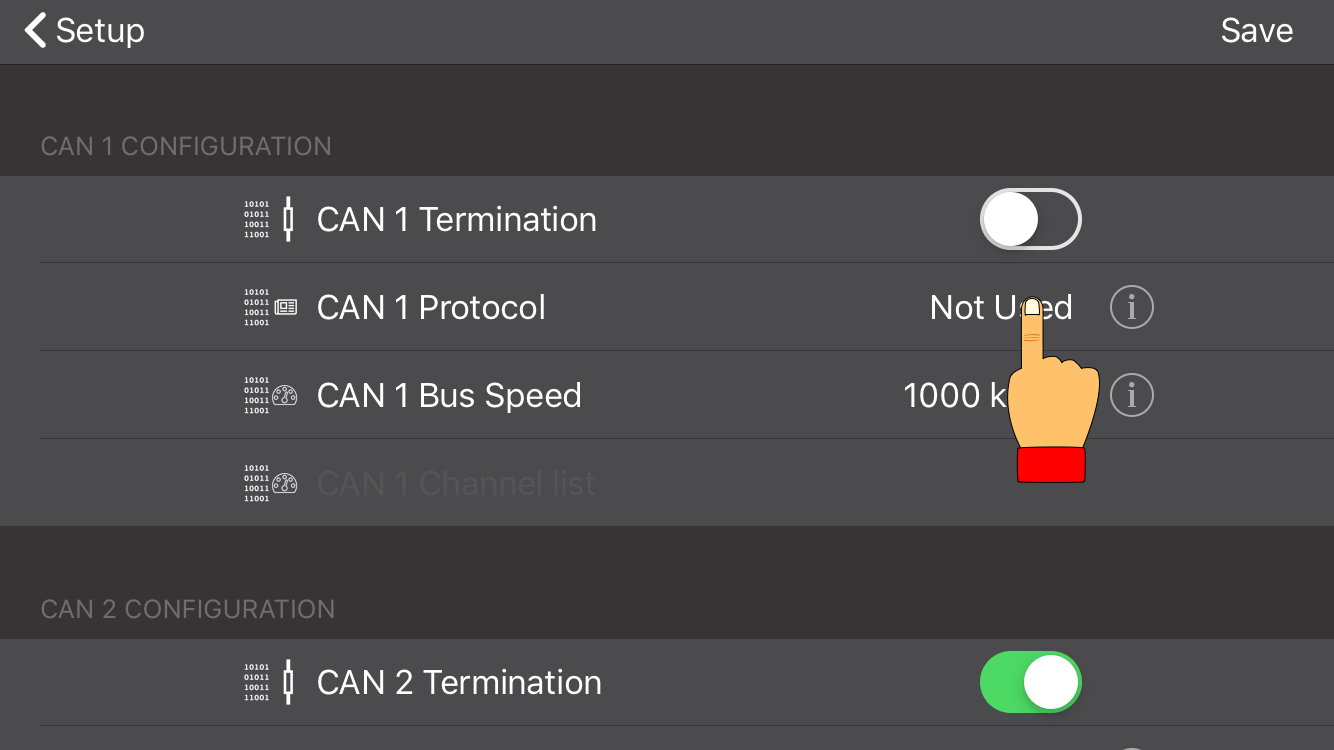 Then scroll through the options to select the protocol you want to use, and touch "Select": 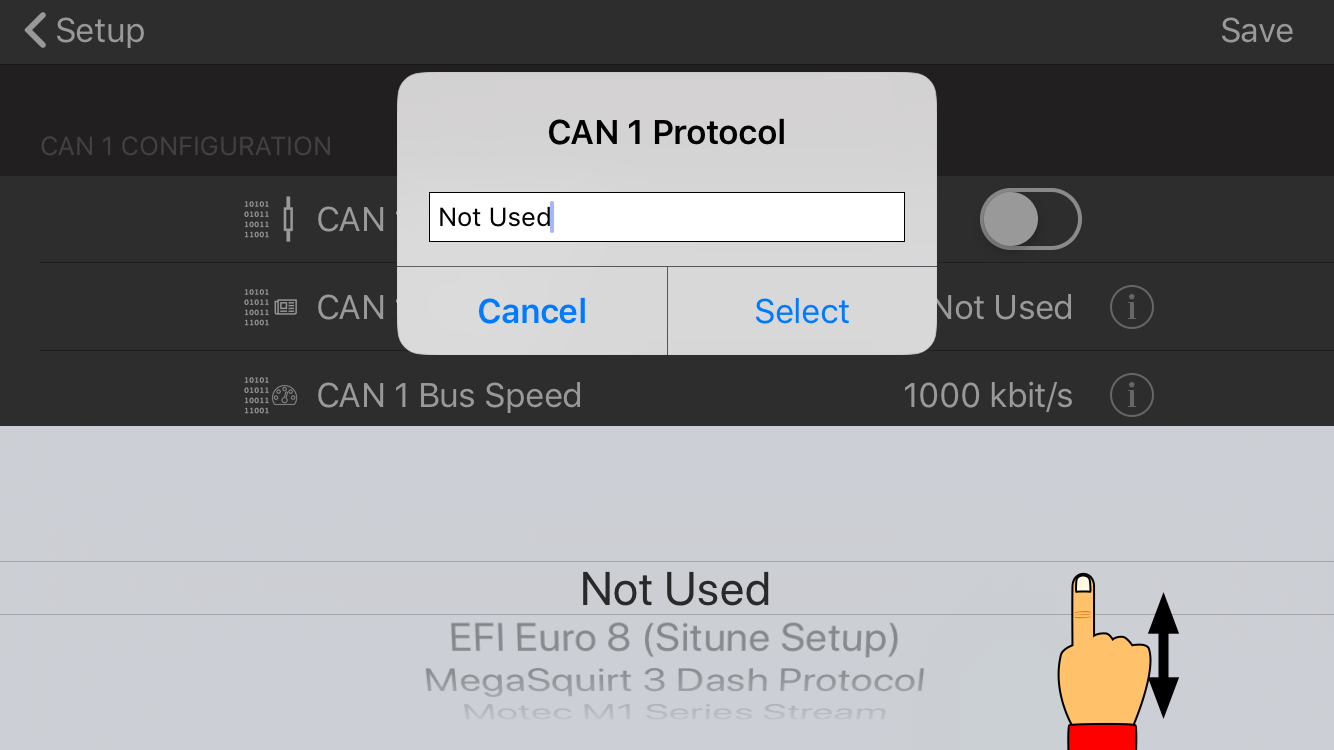 After this the CAN-Bus #1 Speed must be setup : 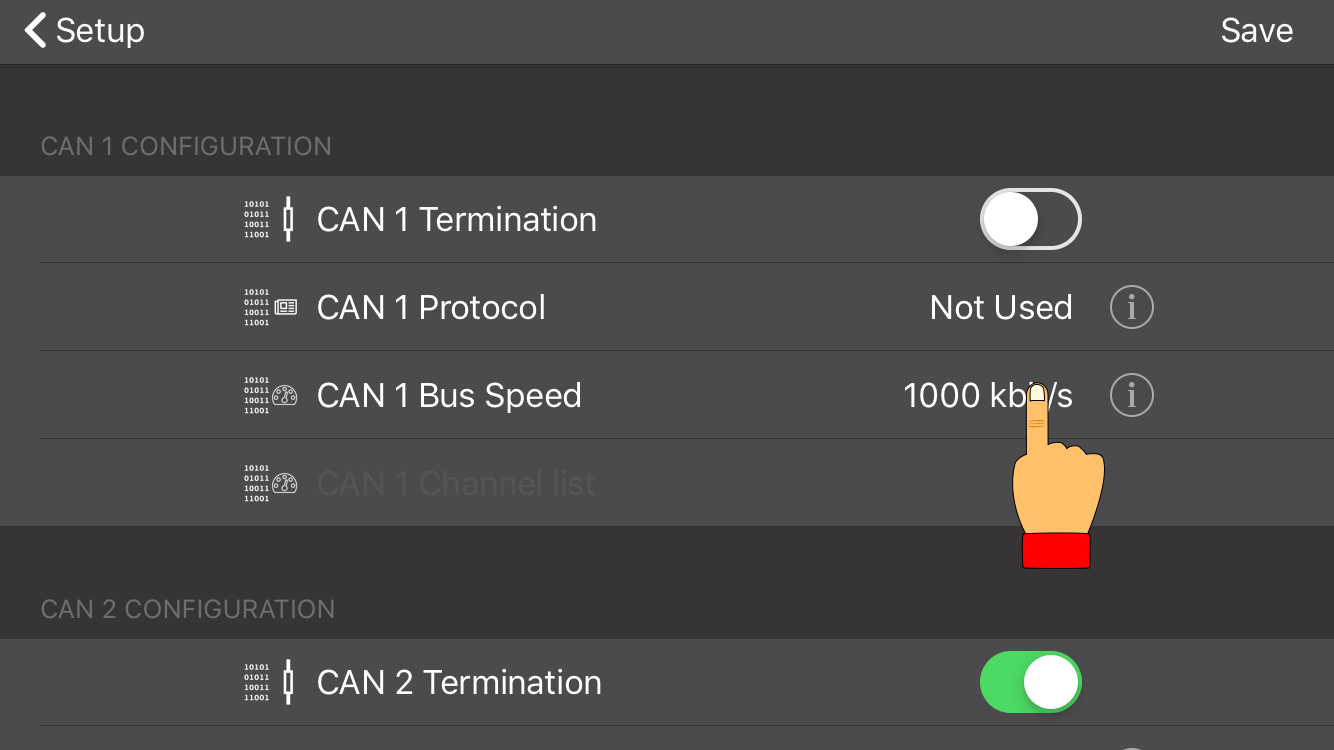 Select the correct speed from the list and touch "Select": 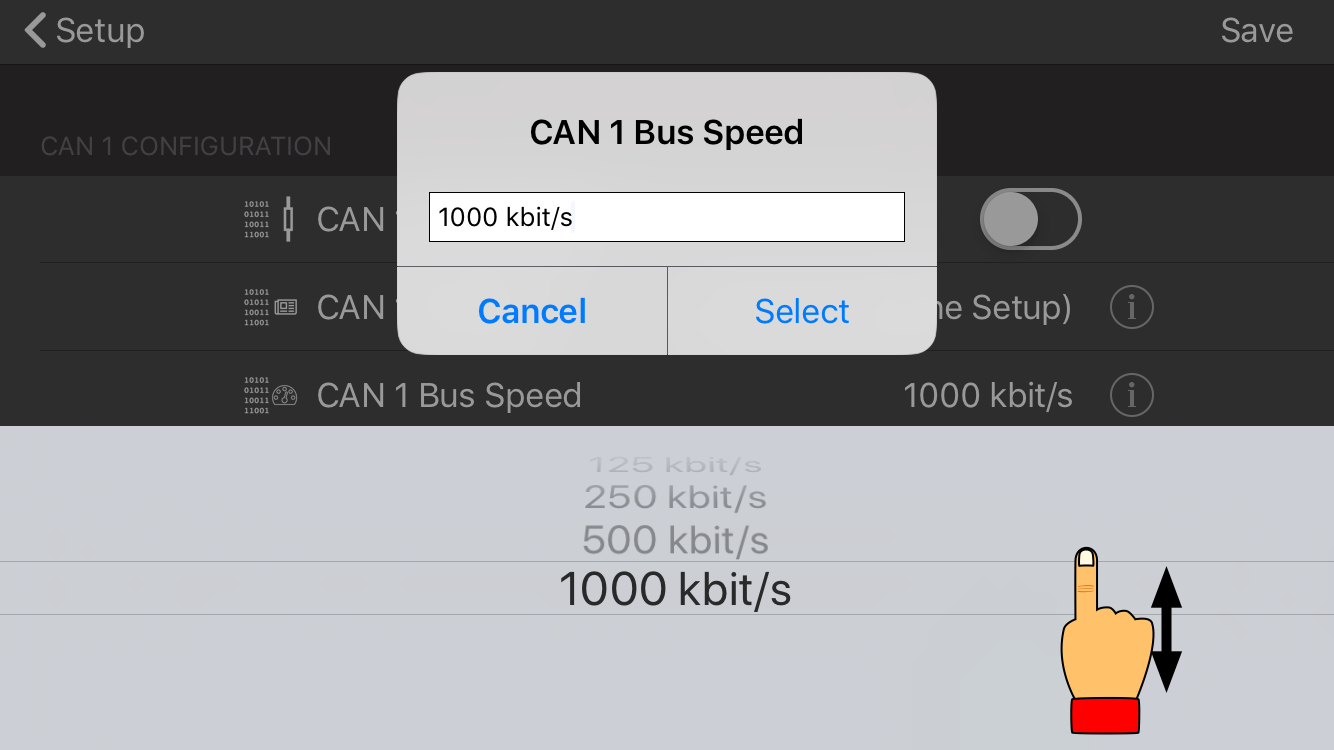 The CAN #1 Channel list will now appear, and let you select which channels should be uploaded to Track Attack.After this step the CAN-Bus #1 setup is complete, touch the Save button to write CAN-Bus #1 configuration into DAH-280: 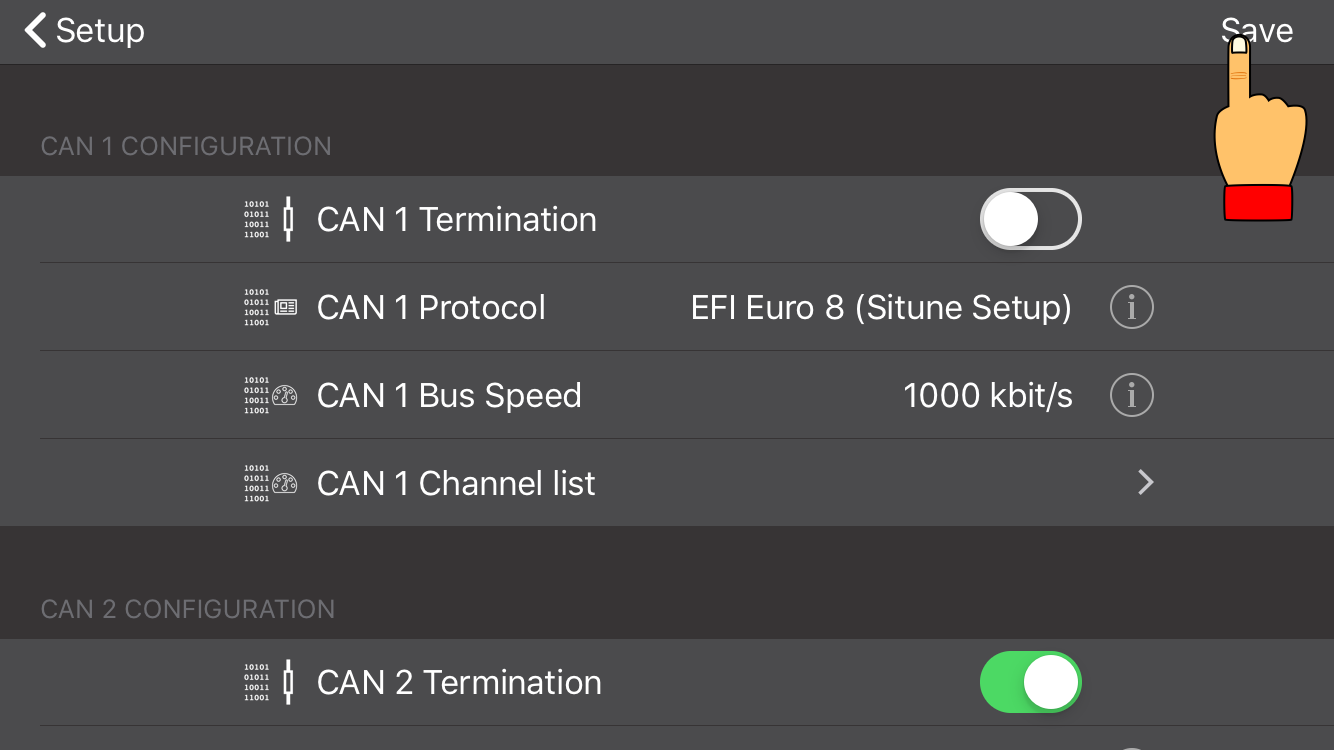 Congrats, you have setup the CAN bus connection on your DAH280 !

O
Ole is the author of this solution article.

Did you find it helpful? Yes No

Send feedback
Sorry we couldn't be helpful. Help us improve this article with your feedback.